The overall structure and functioning of the ECTRI Association is defined by its Statutes (English version, French version).

ECTRI is governed by its highest organ, the Assembly of Members, which may resolve on any matter of the Association’s activity. The Assembly is composed of one representative from each Member, generally the Executive Director.

The Board manages and administers the Association’s activities and conducts the affairs of the Association. It is composed of 7 members elected for two years.

To achieve the priorities and actions set in the implementation plan, ECTRI establishes Thematic Groups (TG) and Task Forces (TF).

The TG are content oriented groups composed of researchers. They are meant to represent ECTRI’s core research competences,  support the ECTRI strategy implementation, be in line with European framework programme, and address multimodal perspective. They are set up top-down or bottom up and for medium-long term. The functioning of the TG are developed in specific internal rules.

The TF are set up to address a particular topic considered of high relevance for the Association. They are initiated top-down and specific results are expected to be delivered within a limited timeframe. 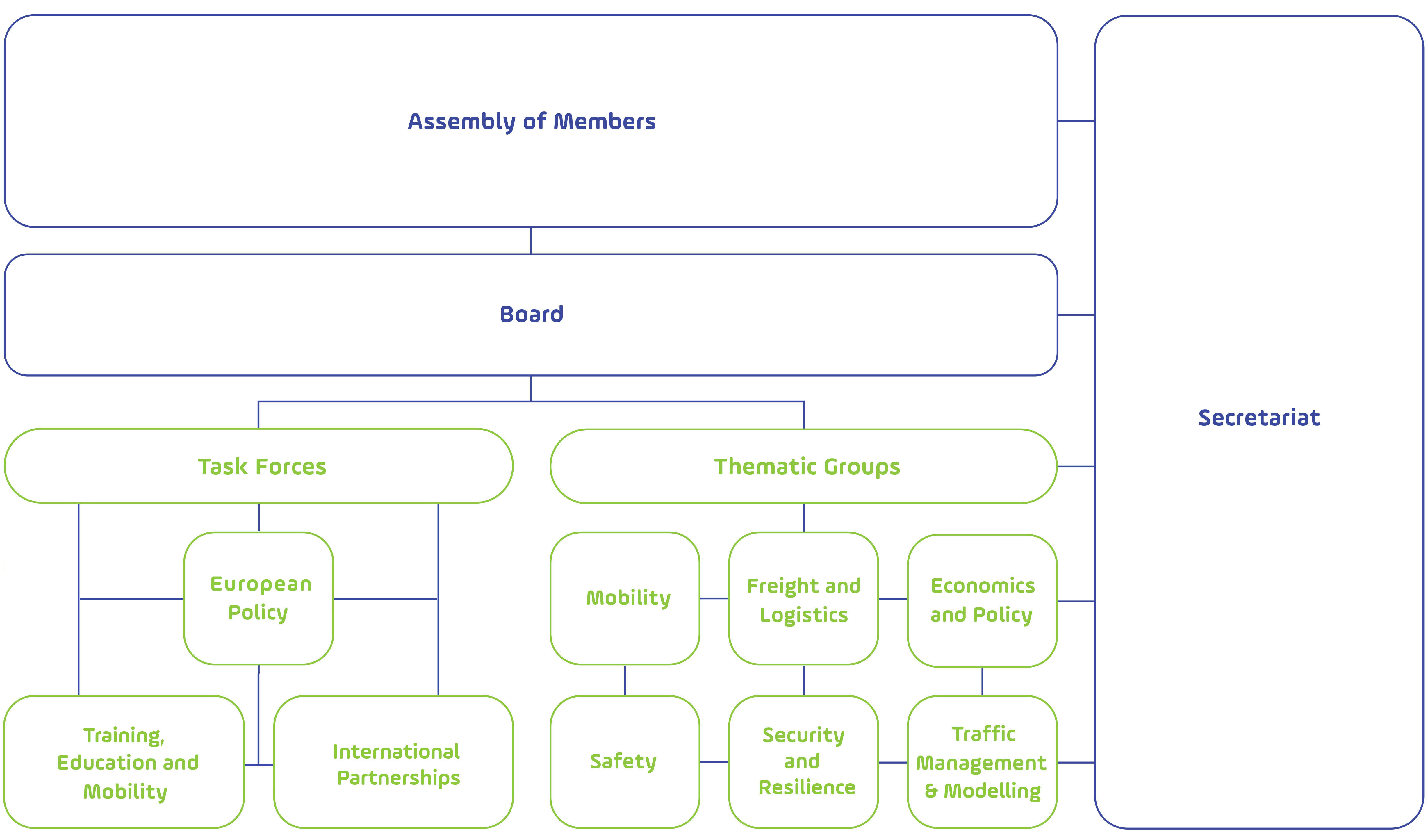